The Man Behind the Smile: Ren Menon, Co-Founder and CEO of OrthoFX 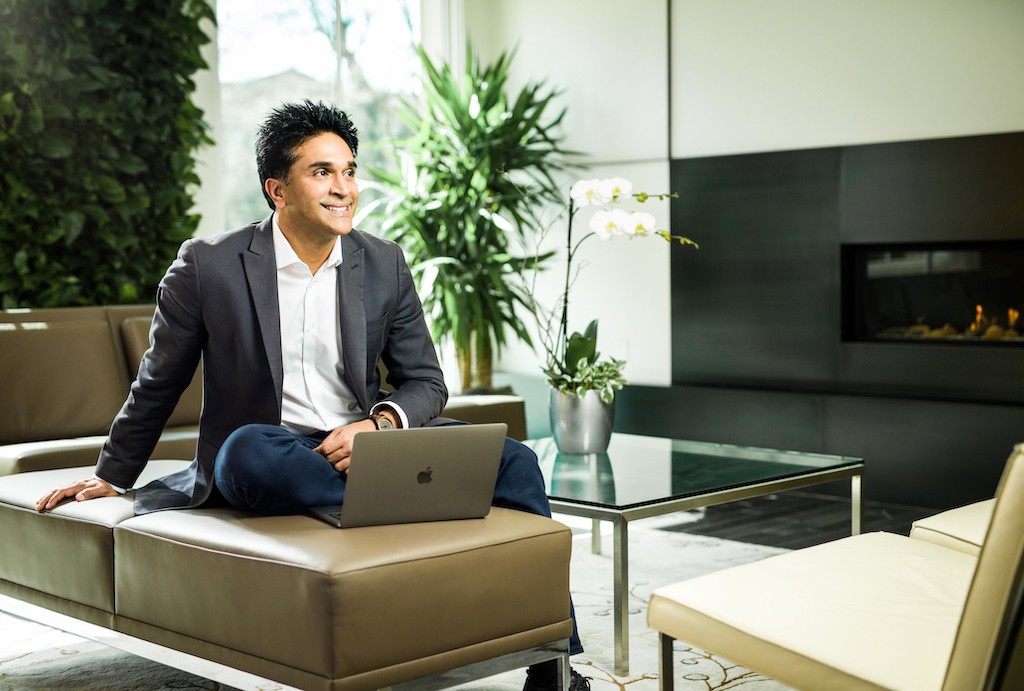 Over 800 million people worldwide are interested in straightening their teeth — 800 million, which is more than the population of North America. Consumers overwhelmingly prefer clear aligners over braces to correct some form of malocclusion (aka crooked teeth) and yet, aligners have less than 5% of the category globally. Not to mention, aligner leaders like Invisalign and Smile Direct haven’t been innovative in years; some offer consumers compromised products while all brands lack a premium consumer experience. Meaning, consumers have not had many viable options when it comes to perfecting their smile via the aligner industry.

Enter OrthoFX. OrthoFX is a new kind of premium clear aligner brand focused on delivering an end-to-end consumer experience, face-to-face doctor care, and a price that includes every doctor’s visit and every device. Founded by Invisalign veterans Ren Menon, Nichole Garcia, and Henry Chan, OrthoFX officially launched earlier this summer. Within just eight weeks after their launch, OrthoFX is now available in over 125 locations nationwide and is on-track to reach 300+ locations by the end of 2019.

Ren, the CEO of OrthoFX, is hard to miss — his bright smile lights up any room he walks into and there’s a kind of humility that radiates off of him. Originally an engineer, Ren is fascinated with observing human behavior and his passion to reimagine clear aligner therapy and the overall consumer experience only comes second to his dedication to his team. We were excited to sit down with Ren to learn more about the man behind the smile and why he thinks consumers deserve more from the clear aligner industry.

Unusual: Can you give us a little bit of background on yourself?

Ren: My undergrad is in engineering, but I was that engineer who figured out very early that I was more interested in the application of technology than the technology itself. Out of school, I got a job as a software engineer and I quickly realized that’s not where my passion, nor strengths are. At the same time, I knew that I was very interested in the people side of things. For example, one of my favorite things to do still to this day is to go to an area where there are crowds. I love sitting and observing people — I am fascinated by watching and thinking about what makes them tick.

Additionally, I realized early on that I’m someone who likes to bring people together and I’ve always been driven by a cause or mission. So, when I had the opportunity to be myself — i.e. to pursue something that I enjoyed doing — I opted out of being an engineer to focus on solving people problems for customers, be it consumers or businesses.

Unusual: It sounds like you’ve had a bit of the entrepreneurial gene in you from the beginning. Did you always know you wanted to be an entrepreneur?

Ren: I did not choose to be an entrepreneur — it’s innate to me, which is a bit ironic if you look at my family. My mom and dad are probably the most risk-averse people you will meet, but I just always had a restless soul and felt much more at ease in situations where I was creating versus consuming. If I reflect on my career before starting OrthoFX, the moments that I enjoyed most were when we were building something new — be it a new marketing program, a new product, developing a new customer base, etc. That sense of newness, of creating something that is different and did not exist before, always motivates me.

Unusual: How do you think your childhood shaped your current path?

Ren: When I was born, both of my parents were trying to build their careers, and honestly, trying to make ends meet. At the time, they felt the best thing they could do to ensure that I had the proper care was to send me to live with my maternal grandparents. My parents lived in a big city at the time, while my grandparents lived in a small village in India — a village that was stuck in a very different point in time. For starters, there was no electricity. Running water was two laborers literally running water from a well to an overhead tank at all hours of the day.

When I was older, I moved back to the city with my parents, but every summer I would go back to visit my grandparents. Each trip was akin to time travel — I went from the 1980s to the 1800s. One of the things that stood out to me about this experience was how similar people and their aspirations and motivations were, despite the time-warp. This made me a believer of more commonalities than differences in the global populace.

This belief has impacted the way I think about product development. For example, when we design a product, some product managers will say consumer behaviors in Europe are so different from those in America and believe we need to build two entirely different products. I think that this is noise — foundationally, these consumers have more similarities than differences. Yes, there are nuances on how they consume services or experience products, but there are many universal truths. So, what I’ve tried to do when building something is to first look for the similarities. The base solution should be designed in a way that serves the broader underlying needs.

Unusual: What was your “aha” moment that led to working on OrthoFX?

Ren: OrthoFX was the result of a collection of moments — it was sort of like “aha, aha, aha.” I started going to dental shows in 2004 and I had moments at several of these shows where I was forced to pause and think, “What has changed in the last decade here? A lot has changed in the world, but what has changed in terms of technology, in terms of platforms, or how these doctors are conducting their businesses back then versus now?” It still looked like the 1990s’ in that world. You could definitely see signs of “techwashing” (think: greenwashing). Technology “leaders” had added social logos to their booths, but if you looked a layer deeper, you would sadly see that most of them were essentially selling the same old products and the same old technology in “techwashed” storefronts. Meanwhile, every other industry had leapt forward in terms of adapting to the new paradigms of customer experience and products. So, that was the first “aha” moment.

The second “aha” moment occurred while observing the direct-to-consumer companies that were selling mail-order clear aligners on the internet. In my opinion, they are selling a compromised product, since no face-to-face doctor visits are ever included. Not to mention, they are directing their marketing at consumers who have less money to spend and are drawn to their products for the discounts. I felt that it was wrong to take advantage of the motivations of an economically disadvantaged customer and translate that into a compromised standard of care. In some cases, this was pushing the consumers into a modality that could be medically unsafe and could result in lower quality outcomes. For example, many of these consumers have been left with permanent issues — jaw pain, bites that won’t close properly, tooth loss — that have resulted in additional spend (sometimes double or triple what they spent originally on the aligner) to attempt to fix. To me, selling a compromised product — especially in a medical situation — to an economically disadvantaged population, was completely unacceptable.

I founded OrthoFX along with my co-founders to provide consumers with an option where they do not need to choose between quality, safety, and affordability. Straightening teeth takes time, so the end-to-end experience is also important. We consider ourselves to be a customer experience business first and a product company next. We are about making this category fun and engaging for our customers, while ensuring they receive quality medical care.

Unusual: What is your biggest influence and/or inspiration?

Ren: Typically, we hear about people drawing inspiration from people who we aspire to be — and the list is definitely there — but I draw my inspiration in equal measure from who or what I do not want to be.

I’ll tell you a little story about my father. Back in the day, my father was a singer (he can still hold a tune) and an amateur actor. In his younger days, he had aspirations to be a full-time actor, but unfortunately, the economic realities of life kicked in. And so, he became a full-time engineer and never pursued his real passion. When it came time for him to retire many decades later, he told me that he did not know what he wanted to do post-retirement. I suggested he restart his artistic pursuits and was surprised to see him dismiss that idea very quickly, saying that was not the person he was anymore. As I saw it, my dad forgot who he was — an artist with hopes and dreams — and he set all of that aside and became someone else. That was one of those moments when I told myself that I never wanted to be in that position.

Please don’t look at this as putting my dad down. I chose this example because we almost always hear stories of successful people or situations as sources of inspiration. I want to remind myself that failures are equally important.

Unusual: As an entrepreneur, what is your greatest fear? And how do you manage that fear?

Ren: For me, my biggest fear is failing my team — people who have placed their trust in my co-founders and I. As I have already shared with you, I am a people person first, businessperson second, and a technologist third. Before I start my day, I always ask myself, “Did I serve my team right yesterday?” There are a number of people who have made sacrifices to work for OrthoFX. That sacrifice may have come in the form of a tougher commute, a less glamorous office, longer hours, and more. But, all of us are working on the same shared dream. And the biggest concern that I have at the end of the day is to check and make sure that I served those aspirations well enough. For example, I have someone working for me who has applied for a green card — their residency in the US depends on our business continuing to survive and being successful. There are also several people on the team who have uprooted their families and relocated to new cities. It’s hard to ignore the human impact on what we’re creating and that makes me even more motivated to go out there and do my best job every day.

Learn more about how Ren and the OrthoFX team are reimagining how clear aligner therapy is made, sold, and experienced 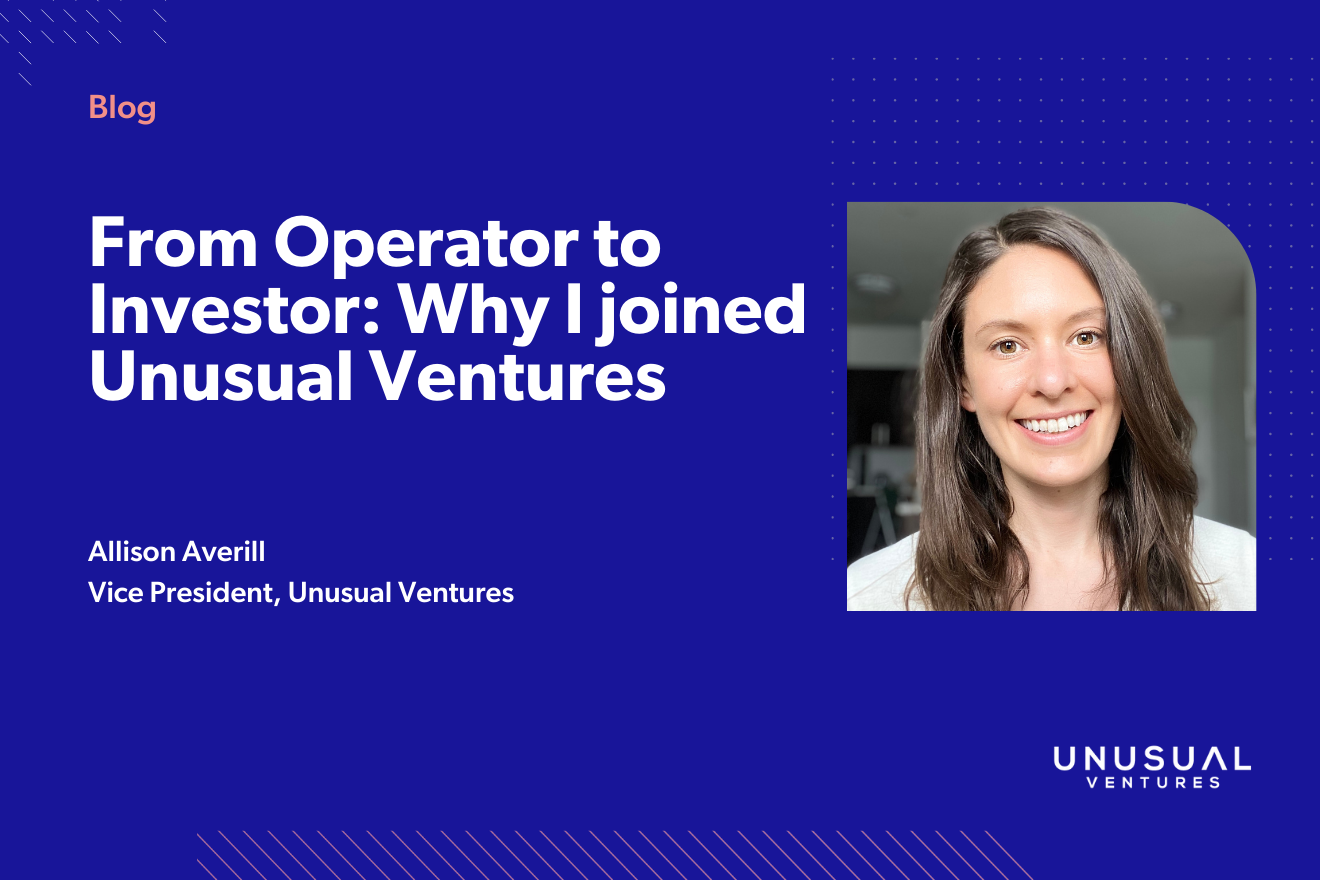 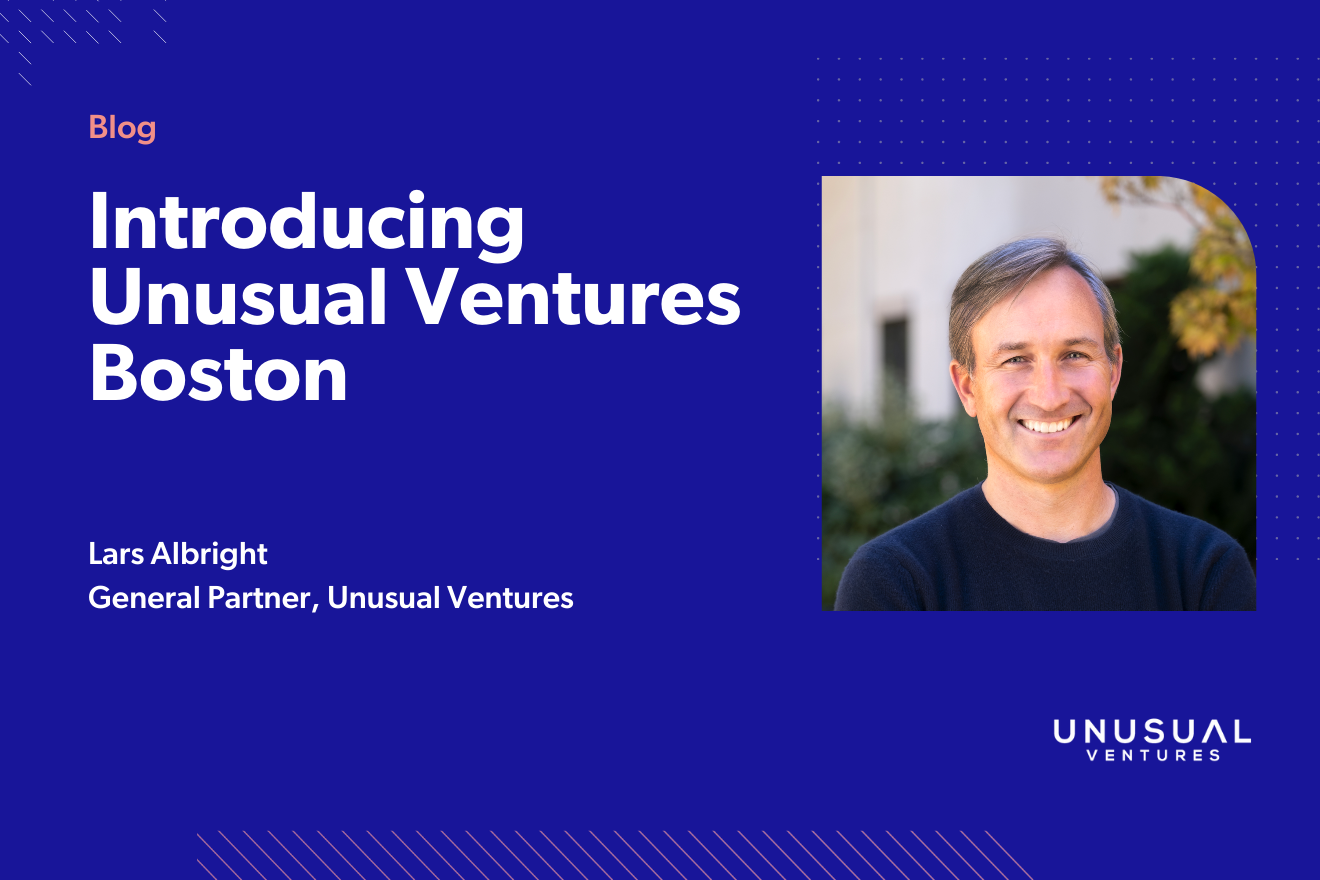 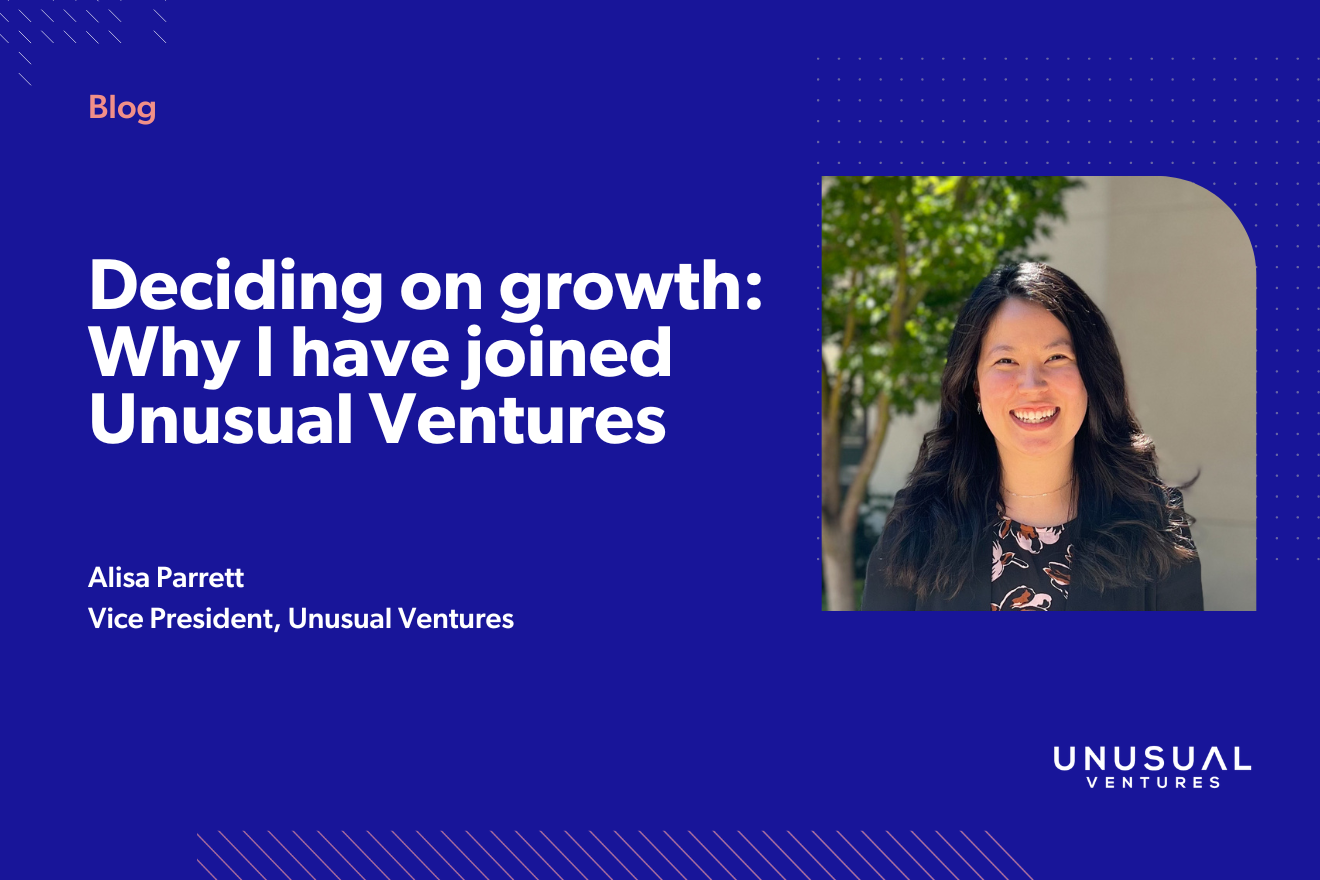 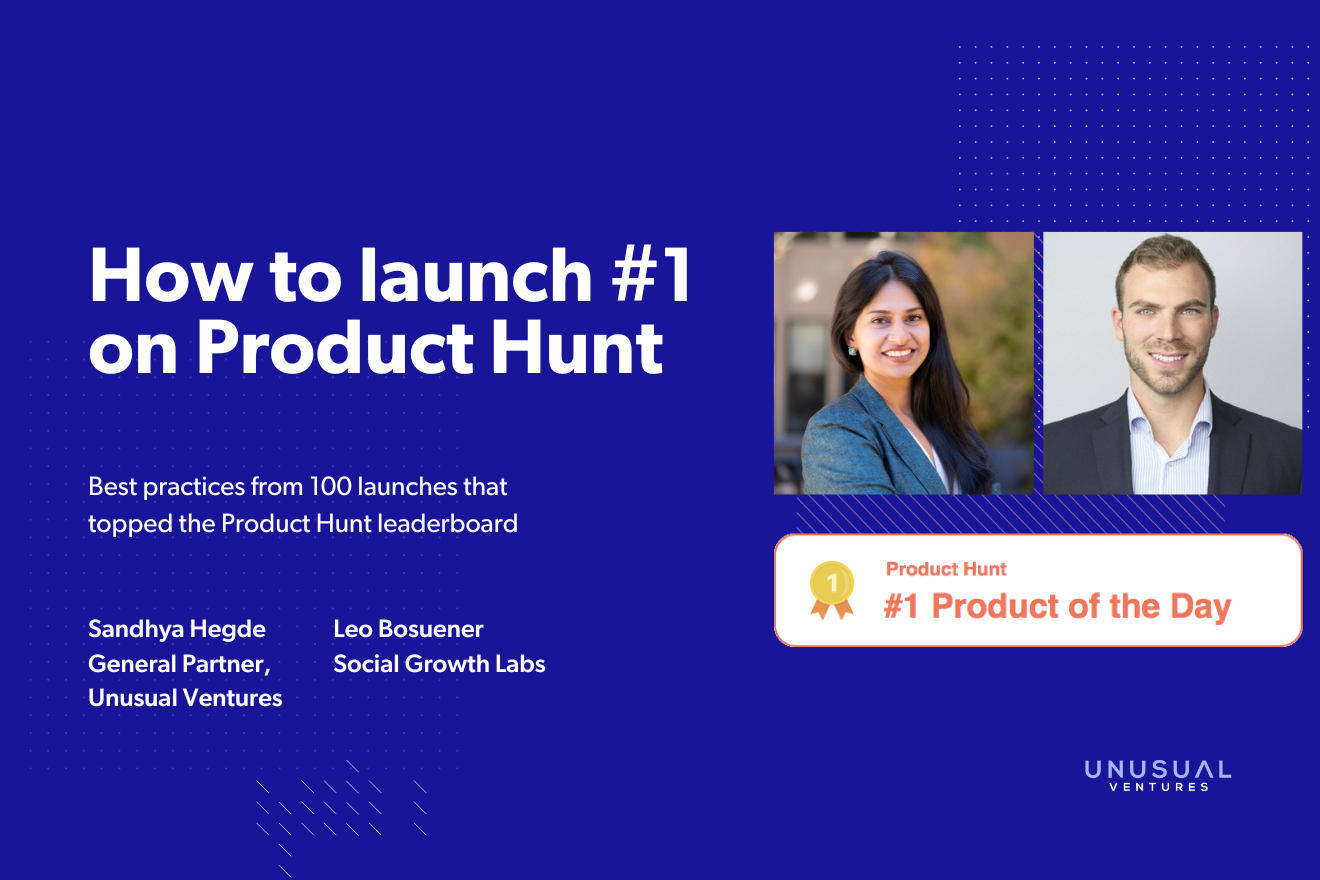